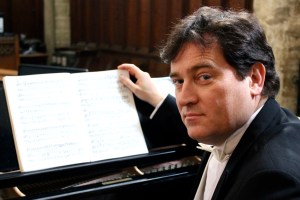 Simon Irwin is a Hampshire born and bred singer, actor, writer and director. His first steps in the world of music came as a chorister, and later choral scholar, at Portsmouth Cathedral. He went on to train in London as an actor/musician at The Rose Bruford College, and later at Goldsmiths College. Alongside his acting work Simon began increasingly to perform with leading choirs including St Paul’s Cathedral Choir and the Richard Hickox Singers, and to develop and train as a solo singer. He now sings both freelance, and as a permanent Tenor Lay Clerk with Winchester Cathedral Choir, with which he has made numerous recordings, broadcasts and international tours. 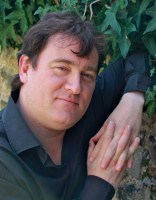 Simon continues to pursue his interest in drama and frequently writes and directs performances in Winchester and the south of England. He wrote and directed the fringe shows at The Southern Cathedrals Festivals of 2002, 2005, 2008 and 2011, and will do so again in 2017. Christmas 2016 will see him performing, in various Hampshire locations, A Dickensian Christmas, a musical show he devised around the evergreen story of A Christmas Carol. Simon has also played the role of kings in two very large-scale Winchester performances; Herod in The Winchester Passion (2008) and Canute in The Chronicles of Light (2012). As a Tenor soloist over the last few years he has performed The Light of Life (Elgar), Psalmus Hungaricus (Kodaly) and For St Cecilia (Finzi). In the last 12 months Simon has made something of a habit of tackling challenging works with small forces; as he has sung one-to-a-part performances of Messiah, The B Minor Mass (Bach) and most recently The Vespers (Monteverdi). 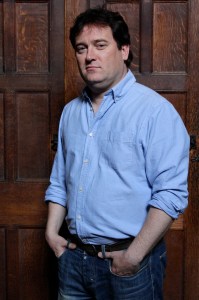 Simon has a passion for music and singing across a range of genres, and though his professional life has generally been steeped in classical music or musical theatre, he has a large and increasingly unwieldy collection of rock and pop CDs and Vinyl. As well as West End Singers, Simon also directs The Wykeham Singers, a group of local professional singers in ad hoc concerts and as part of music and drama presentations. This year he has also been a guest conductor with The Southampton Gay Men’s Chorus, directing them in two performances, including the inaugural Southampton Pride Festival. 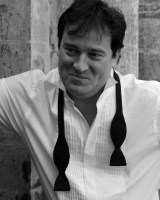